The Tropicana evolved out of a nightclub called Edén Concert, operated in the late 1930’s by the late by Cuban impresario Victor de Correa.

It has quit a history and impressive architecture.

The casino of the Tropicana was operated by Frank Bishop who in the U.S. was a suspected drug trafficker. His assistant in the day to day running of the casino was Pierre Canavese, a direct associate of Salvatore Lucania, alias “Lucky” Luciano. Canavese had been deported to Italy, it was suspected that he entered Cuba with a false passport.

The Arcos de Cristal won numerous international prizes when it was built and was one of six Cuban buildings included in the 1954 Museum of Modern Art exhibit entitled “Latin American Architecture since 1945.” Borges won the Premio Anual, from the Colegio de Arquitectos in 1953 for his work on the Tropicana. The Arcos de Cristal may be seen in the Tropicana scene of the movie  Our Man in Havana. 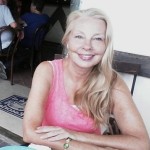 Founder and CEO of Cuba Travel Scandinavia and Cuba Holidays International Tour Operator. Specialist on travels to Cuba as well a deep knowledge of the everyday reality for the ordinary Cuban person.

Discover Cuba from the back seat of a Classic American Car